An electroencephalogram (EEG) is a painless procedure that records the electrical impulses that your brain cells use to communicate. Several small, flat metal discs called electrodes are attached to your scalp to detect electrical activity in your brain. An EEG is one of the main diagnostic tests for epilepsy and can also help diagnosing other brain disorders. 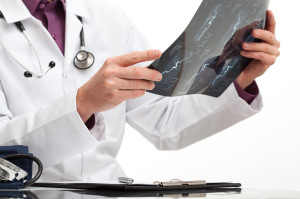 - Don’t use any conditioners, hair creams, sprays or styling gels that might interfere with the electrodes.
- Don’t consume foods or drinks with caffeine six hours before the test.
- Take your usual medications unless you are instructed otherwise.

EEG-video monitoring refers to continuous EEG recorded for a more or less prolonged period with simultaneous video recording of the clinical manifestations. Having a correlation of the recorded behavior and the EEG activity, helps diagnose epilepsy and localize the seizure focus. As a general rule, prolonged EEG-video monitoring should be obtained on any patient who continues to have frequent seizures despite anti-epileptic drugs. The results are useful to determine what therapy is appropriate, medical or surgical.

EMG or Electromyography is a procedure assessing the health of muscles and the nerve cells that control them (motor neurons). An EMG translates electrical signals sent by motor neurons into graphs, sounds or numerical values that a specialist interprets. The test will measure the speed and strength of signals traveling between two or more points in the muscle. EMG is used to identify nerve or muscle dysfunctions or problems with nerve-to-muscle signal transmission.

- Don’t apply lotions or creams before the exam.

- Temporary, minor bruising at the site of the electrode is normal and should fade in a few days. However, if the bruising persists, contact our office. 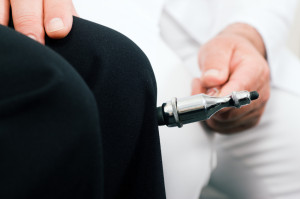 An evoked potential test measures the time it takes for nerves to respond to stimulation, as well as the size of the response. Nerves from different areas of the body may be tested. Types of responses are:

Each type of response is recorded from brain waves by using electrodes taped to the head. The visual evoked response is the most commonly used in the diagnosis of multiple sclerosis (MS).

Vagus nerve stimulation is a test designed to prevent seizures by sending regular, mild pulses of electrical energy to the brain via the vagus nerve. These pulses are provided by a device similar to a pacemaker. The device is placed under the skin on the chest wall. A wire runs from it to the vagus nerve in the neck. This nerve is part of the autonomic nervous system, which controls functions of the body that are not under voluntary control, including the heart rate. At CNS, we provide evaluations for vagal nerve stimulator implants and post-implant stimulator management.

Here are some common symptoms that may require a neurology consultation:

- Seizures of any type
- Chronic headaches/migraines
- Chronic back or neck pain, especially if associated with weakness, numbness or bladder/bowl control issues
- Numbness, tingling, or weakness of the muscles, especially when they occur fast or affect only one side of the body
- Movement issues, such as sudden and uncontrolled moves or inability to move/immobility
- Vision problems, such as sudden vision loss or seeing double
- Difficulty thinking, impaired speech, confusion, some learning disabilities
- Some sleep disorders that still manifest themselves even after physician’s treatment